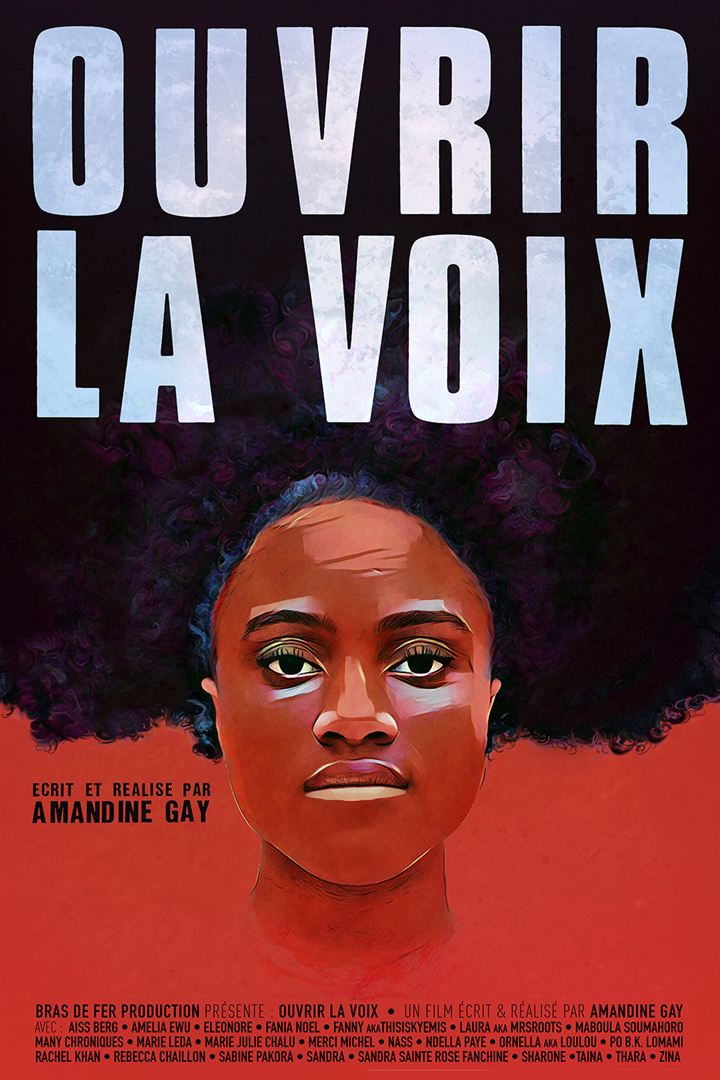 In conjunction with the city-wide common reading program, Memphis Reads, Memphis Public Libraries is excited to host a special hybrid screening (in-person outdoors & virtual streaming) of the 2017 French documentary Ouvrir La Voix ("Speak Up"), followed by a discussion and Q&A session with the film's director, Amandine Gay, who will participate remotely from Paris.
Like this year's Memphis Reads book selection,Thick, and Other Essays by Tressie McMillan Cottom, Ms. Gay's film seeks to address issues and obstacles uniquely faced by women in her community. The film is comprised of intimate, close-up interviews with twenty-four Black French women who discuss the challenges they face in French culture, ranging from their experiences of casual racism, both personal and official, to racial stereotypes, cultural standards of beauty, and the experience of alienation and otherness. At it's core, the film resists the illusion of color blindness central to France's national self-image, and seeks to open up a voice or path to discuss issues of Afrofeminism and the Afrodiaspora. The film, an award nominee at Indie Memphis in 2018, lends an international perspective on the themes of Professor Cottom's book.
Click here and here to read more about the film.
The in-person screening and post-film discussion will take place in the Garden (Lower) Level courtyard at the back of the Central Library. Customers can walk around the Library to access the courtyard, or come through the front door to be escorted downstairs by a staff member.
Click HERE to watch the film, which will be available for streaming from 6:00 p.m. Saturday, 10/16 to 6:00 p.m. Sunday, 10/17. You are welcome to go to the site in advance and secure one of the limited number of streams available for the film, although you can't begin watching the film until the above time. Once you begin the film, you will have 24 hours to finish it. You will be asked to enter an e-mail and create a password for the streaming site when accessing the stream.
Click HERE to join the discussion on Microsoft Teams with the director Amandine Gay, which is scheduled to begin at 3:45 p.m. Sunday, 10/17 after the in-person screening of the film at the Library.
Please call the Library if you have any questions or need assistance with either the streaming of the film or the discussion with the director.
This event has been made possible by the generous sponsorship of the Memphis Library Foundation.