Virtual Books and Beyond with Tom Walsh, Author of When Hope Overcame the Impossible: An epic story of a thirteen-year-old boy who refused the death sentence of brain cancer 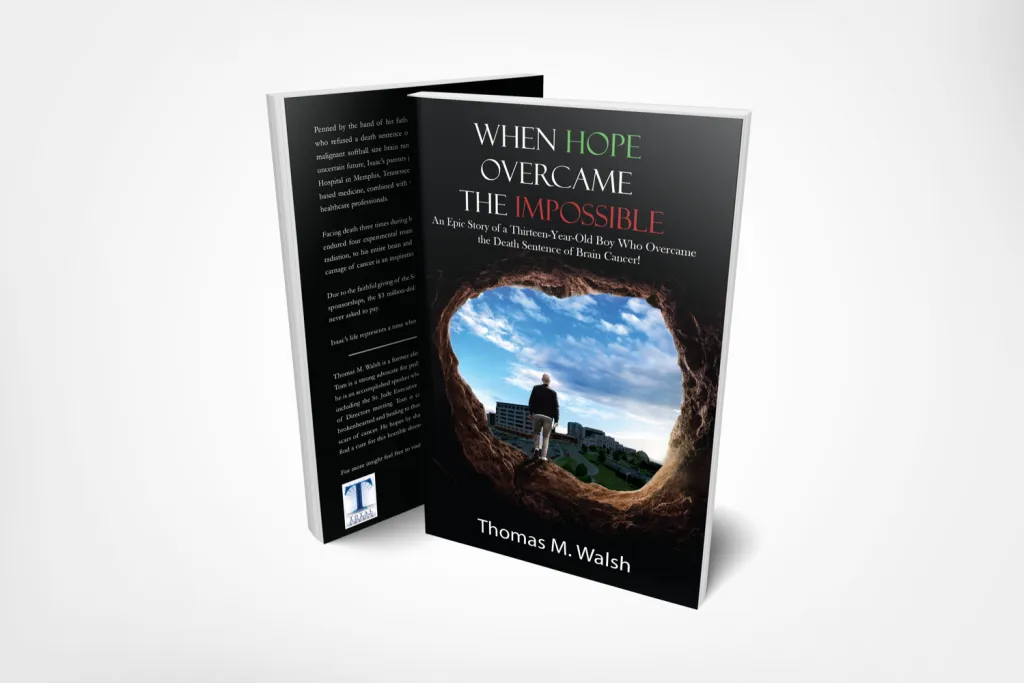 Join on your computer or mobile app

Penned by the hand of his father, this is an epic story of a thirteen-year-old boy who refused a death sentence of brain cancer. Isaac Walsh was diagnosed with a malignant softball size brain tumor and given very little chance to live. Facing an uncertain future, Isaac’s parents joined a clinical trial at St. Jude Children’s Research Hospital in Memphis, Tennessee. Isaac’s treatment involved cutting-edge research-based medicine, combined with the love and compassion of the St. Jude family of healthcare professionals. Facing death three times during his treatment, Isaac underwent twenty-one surgeries, endured four experimental rounds of chemotherapy and thirty-one treatments of radiation, to his entire brain and spine. His courage to overcome the obstacles and carnage of cancer is an inspiration to all who know him. Further, due to the faithful giving of the St. Jude Partners in Hope and the hospital’s corporate sponsorships, the $3 million-dollar hospital charge was a bill Isaac’s parents were never asked to pay. Isaac’s life represents a time when hope overcame the impossible.

Tom Walsh grew up in north central Kansas in a small farming community named Concordia. Calling the wheat fields of Kansas his boyhood home, Tom was the oldest of seven boys and one year younger than his sister Margie. At age fifteen, Tom’s parents moved their large family of eight kids to Denver, Colorado in search of more opportunities for their children. Upon graduation from high school, Tom attended college in Tulsa, Oklahoma where he met his wife, Dacia. Deciding to plant their roots in the western suburbs of Tulsa, Tom began his career teaching Spanish to junior high school age students. It would be only six years later when he made the transition to elementary school principal where he would spend the remainder of his thirty-year career.

Tom retired after three decades in public education in the year 2020. It was also the time our country was thrust into the COVID-19 pandemic. Although his immediate retirement plans were delayed, Tom began the process of writing his oldest son Isaac’s health story to spread an awareness of pediatric cancer.

Currently, Tom frequently volunteers at El Shalom Children’s Orphanage and Brenner School in Santiago Texacuangos, El Salvador. Relishing the opportunity to return to the classroom, Tom reconnects with his past by being a volunteer teacher to those less fortunate than him. He plans twice annual trips to see the orphan children who have referred to him as their “padrino.” (Spanish for godfather)

Tom is an accomplished speaker who has spoken at numerous fundraising events including the St. Jude 2012 Fortune 500 CEO Summit in New York City and the St. Jude Board of Director’s Meeting. During his time at St. Jude, he gave numerous interviews to various media outlets and allowed his son’s story to be used in marketing materials for fundraising purposes. In addition, Tom has spoken at several education related symposiums and retreats during his long tenure as a school leader.

Currently, Tom and his wife Dacia reside in Sapulpa, Oklahoma. Dacia having retired from public education in 2018, now works as a relationship banker at a local bank. Tom is currently pursuing his dream to bring hope to the brokenhearted and healing to those whose lives have been upended by the permanent scars of pediatric cancer. For Tom, there is no greater honor than saving the life of a child. In a small way, Tom hopes by sharing his family’s struggle it will further the research to find a cure for this horrible disease.