Virtual Books and Beyond with Frederick W. Gooding, Jr., author of Black Oscars: From Mammy to Minny, What the Academy Awards Tells Us about African Americans 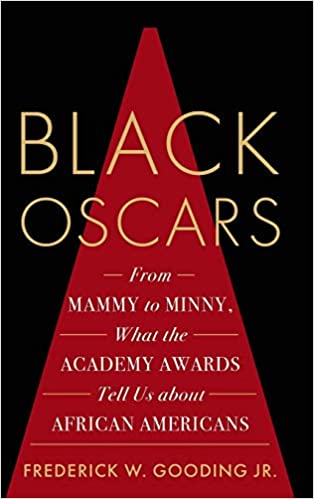 Join on your computer or mobile app
Click here to join the meeting
Or call in (audio only)
901-440-0342, Phone Conference ID: 376 137 715#
Join us for this month's meeting of Books and Beyond as we welcome Frederick W. Gooding, Jr., known to his students as Dr. G, who will discuss his book Black Oscars: From Mammy to Minny, What the Academy Awards Tells Us about African Americans.
About the Book:
Second only to the Super Bowl in audience size and revenue, the Oscars are more than a mere ceremony; they are a phenomenon. Hosted by The Academy of Motion Picture Arts and Sciences for over ninety years, the Oscars have long been considered the pinnacle of fantasy, beauty, romance and high class. They are eagerly anticipated and are heavily discussed. It is only recently that movements such as #OscarsSoWhite have raised awareness around the more complicated legacy of the Oscars and African American participation in film.
This timely book draws on American, African American, and film history to reflect on how the Oscars have recognized blacks from the award’s inception to the present. Starting in the 1920s, the chapters provides a thorough analysis and overview of any black actors nominated for their Hollywood roles during each decade. By cross-referencing historical trends with prior winners, readers will be able to see consistent patterns when it comes to black characters in film and ultimately judge whether mainstream race relations has truly changed substantively or only superficially over time.Black Oscars presents never seen before statistical analysis of nominees and winners as evidence for racial trends. All black nominees’ movie characters are analyzed to contextualize the socio-political meaning of such roles and of the black characters as political images onscreen. Black Oscar winners (more of which occur in the latter decades) are highlighted and cross-referenced with other winners. This analysis is grouped by decade, allowing for appreciation of trends and patterns.For over ninety years, Oscar winners have been considered the standard bearers of all things imaginable within American culture. Given the Oscars’ presence and popularity, it begs the question of what do these awards reflect and reinforce about larger society, particularly when it comes to the public participation of African Americans. In the meticulously-researched Black Oscars: From Mammy to Minny, What the Academy Awards Tell Us about African Americans, we see how the Oscars are an indispensable guide to understanding race in mainstream Hollywood.
About the Author:
Frederick W. Gooding, Jr. is an Assistant Professor within the Honors College at Texas Christian University in Fort Worth, TX. He is the author of You Mean, There’s RACE in My Movie? The Complete Guide to Understanding Race in Mainstream Hollywood. A trained historian, Gooding most effectively analyzes contemporary mainstream media with a careful eye for persistent patterns along racial lines that appear benign but indeed have problematic historical roots. His most recent book, American Dream Deferred: Black Federal Workers in Washington, D.C.1941-1981, is published by University of Pittsburgh Press.