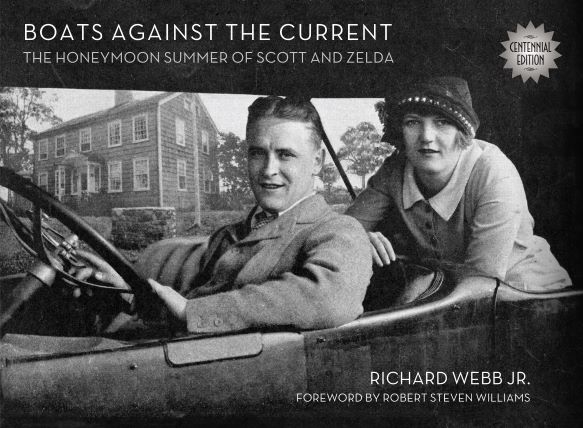 Join on your computer or mobile app
Click here to join the meeting
Or call in (audio only)
+1 901-440-0342,   Phone Conference ID: 633 976 853#
Join us for this special event as author and educator Richard "Deej" Webb Jr. will discuss his book Boats Against the Current: The Honeymoon Summer of Scott and Zelda. Webb's book, described as "truly fresh" in the field of Fitzgerald scholarship, explores the theory that much of the inspiration for F. Scott Fitzgerald's The Great Gatsby came from time that the newlywed Fitzgeralds spent during the summer of 1920 in Westport, Connecticut (Webb's hometown) rather than the later period when the couple lived across Long Island Sound in Great Neck, New York.
After reading an article by author Barbara Probst Solomon published in 1996 in The New Yorker magazine, which proposed the Connecticut town as the true source for the setting of Fitzgerald's story, Webb was inspired to research the claim further. Boats Against the Current, along with the companion documentary film Gatsby in Connecticut: The Untold Story, lays out the evidence, including compelling support for who may have been the true-life inspiration for Fitzgerald's eponymous character.
Webb will share a multimedia presentation based on the book followed by a Q&A with the participants.